Ossipee — June 20, 2017 — With the crack of an auctioneer’s gavel, the long-running Donald Lee saga came to an end on June 10 when an unidentified buyer purchased Lee’s big lake property with a combination of cash and the assumption of debt.

While the total value of the sale was $450,000, only $265,000 of it will go toward remediating the environmental damage Lee caused to the lake. The remainder reflects back taxes and an outstanding mortgage on the property. 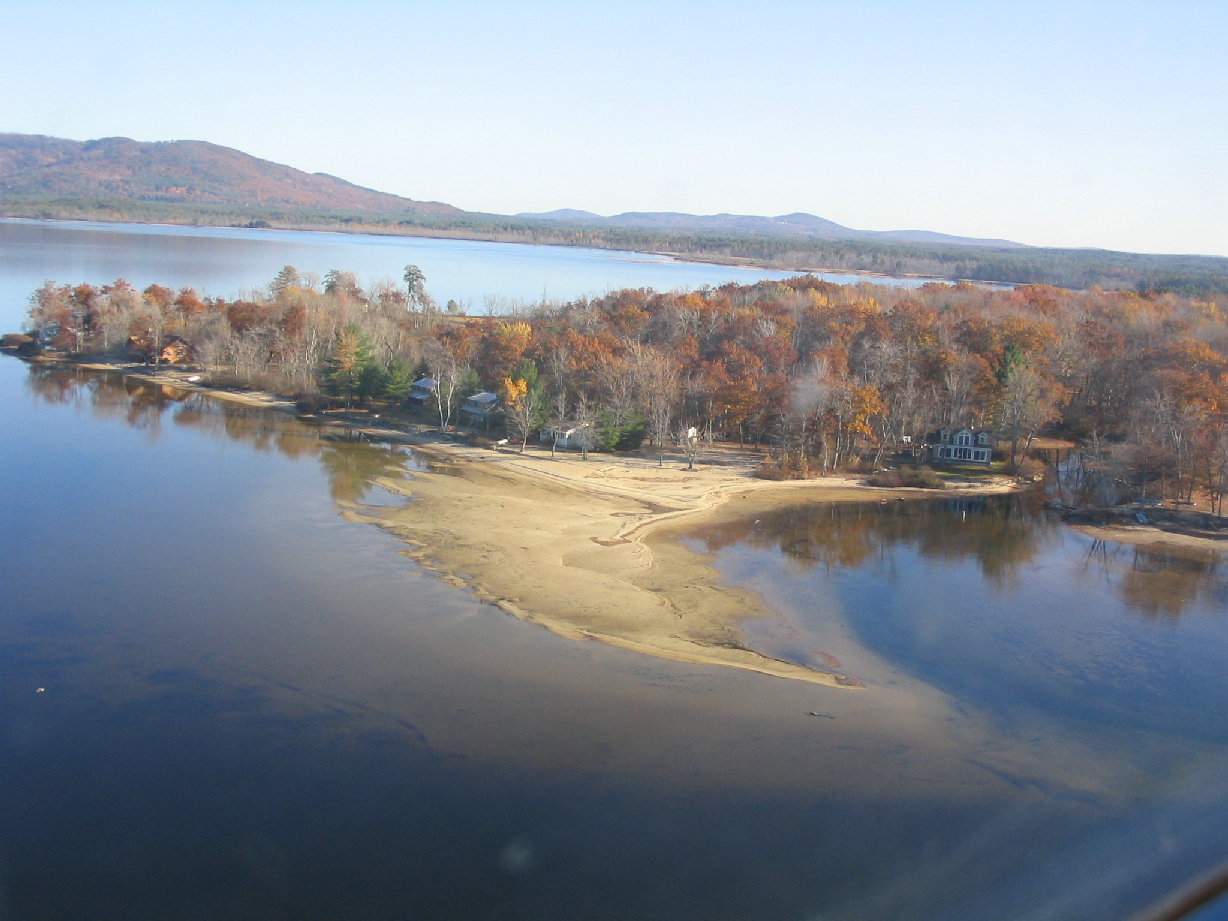 Sky view of the sand bar Donald Lee created by altering the flow of the Lovell River with cinderblock walls.

The property sale is a bittersweet closure for the Ossipee Bluffs Association, whose property owners saw their pristine shorefront degraded to swampland from tons of sand and debris deposited after Lee intentionally altered the flow of the Lovell River with cinderblock walls in order to create a sand bar in front of his house.

A Bluffs Association member said that while the group is happy to have the Lee situation behind it, the cash infusion from the forced sale still leaves a $200,000 to $325,000 shortfall in covering the remediation cost, which the group is paying.

That’s in addition to more than $250,000 in legal fees, engineering studies, and other expenses the group incurred over a 28-year period of seeking justice in the case.

During those 28 years, Lee artfully gamed DES officials, state court judges, and even members of the Office of the State Attorney General—all of whom appeared powerless to address what Lee himself admitted was an open and shut case of purposeful environmental law-breaking.

In regard to the remediation work, Phase 1 of the project, the restoration of the mouth and delta of the Lovell River, has been completed. Phase 2 is the dredging and restoration of the Buffs Association beach and mooring field, which was postponed to next winter due to the rapid rise of the lake level earlier this year.