Freedom—October 30, 2020—I attended the Open House for the new dam last week, and the following is my narrative in photos. I will visit the site again in another week or so when the remaining work is completed and the old dam demolition is underway.

Photo 1: The new dam looking towards the new Headhouse from downstream. The riverbed below the dam has been restored with the placement of the boulders. The two hydraulically operated gates are currently in the open position. The hydraulics were tested last week to adjust the alignment of the gates. Installation of additional conduit and hydraulic lines on the catwalk is in progress and in expected to be completed next week.

Photo 3: The old dam, to the right, and the new dam to the left. The area between the dams will be utilized to place a crane needed for demolition of the old dam. Once the large temporary “sandbags” are placed upstream of the old dam, the stop blocks will be removed, then the steel catwalk and stop block beams. Finally, the concrete piers and foundations will been broken up and removed. Once the entire dam has been removed the upstream stream will be restored with the strategic placement of large boulders.

Photo 4: The upstream view of the old dam, showing the lake level lowered. The water level is nearly at the winter drawdown elevation, which will facilitate the demolition and removal of the old dam. The large white “sandbags,” seen at the left of the photo, will be placed across the face of the existing dam to hold back the lake water during the old dam removal and restoration of the riverbed. Temporary sump pumps will remain in place during the demolition and removal process. Once the riverbed is restored, the sump pumps and the sand bags will be removed, and the lake water will flow to the new dam and be held back by the new gates.

Photo 5: The view looking upstream from the lower restored riverbed. The graded area to the right of the dam, recently seeded, is the overflow spillway, which can accommodate excess water during a “high water” event caused by an extreme storm, such as residual from a hurricane. The flat overflow area has a heavy geomat, or erosion mat,  installed just below the soil surface to prevent erosion during an extreme high water event.

Photo 6: A view of the old dam from the west end of the catwalk, near the new Headhouse. Once the old dam is completely removed, the riverbed will be restored and will look l like the recently restored  riverbed downstream from the new dam.

Photo 7: Looking across the new catwalk. On the right, in the foreground, is one of the two gate hydraulic actuators which, when connected to the gates, will raise and lower the gates as required to maintain safe lake water levels. The railings on the left side of the catwalk are removable to facilitate the lowering and placing of the stop blocks when servicing or when gate maintenance is required.

Photo 9: The control panel for the hydraulic actuators and the plate heaters, (which keep the end of the gate sweeps from freezing in the winter months). This room will also be for the storage of the stop blocks.

Photo 10: The view inside the south side of the Headhouse showing the backup generator, which will provide backup power in the event of a power outage. The generator is run on propane, which is stored in two tanks situated on an elevated platform to the south of the new Headhouse. Access to both the generator room and the propane tanks is accommodated by a set of stairs at each location.

Photo 11: The view looking toward lower Berry Bay from the existing Headhouse, showing the current low lake level and the new Headhouse. You can just make out the stairs to the generator room visible between the two Headhouses.

Photo 12: The Project Team from Charter Construction, who were recognized for their continued great efforts during the different and sometimes difficult phases of the construction process.

The following historical photos were displayed by representatives of the Dam Bureau, who conducted the overall presentation during the Open House: 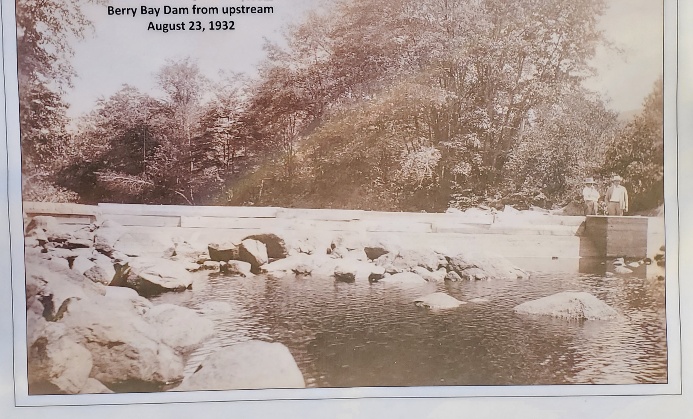 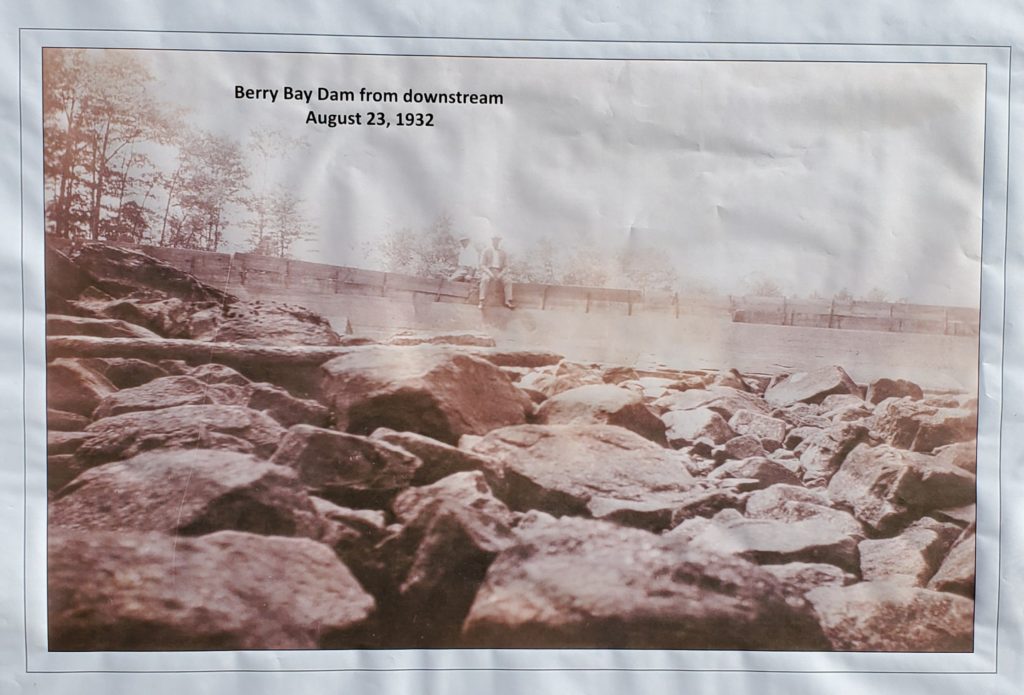 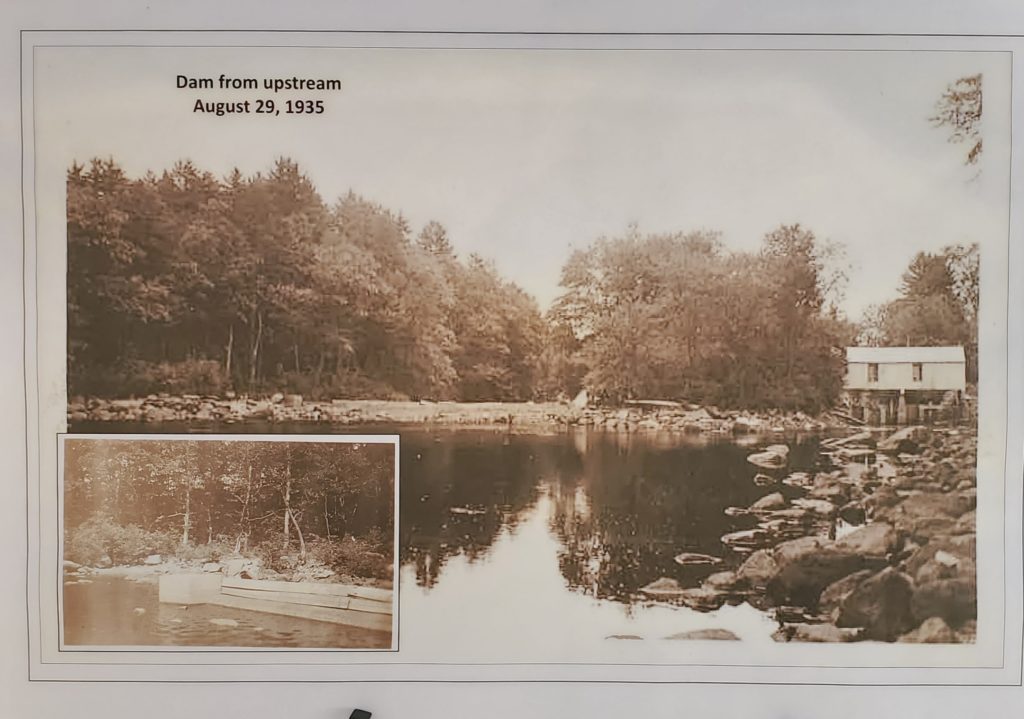 Photo 15: A broader view of the dam from upstream, including the Headhouse (1935). 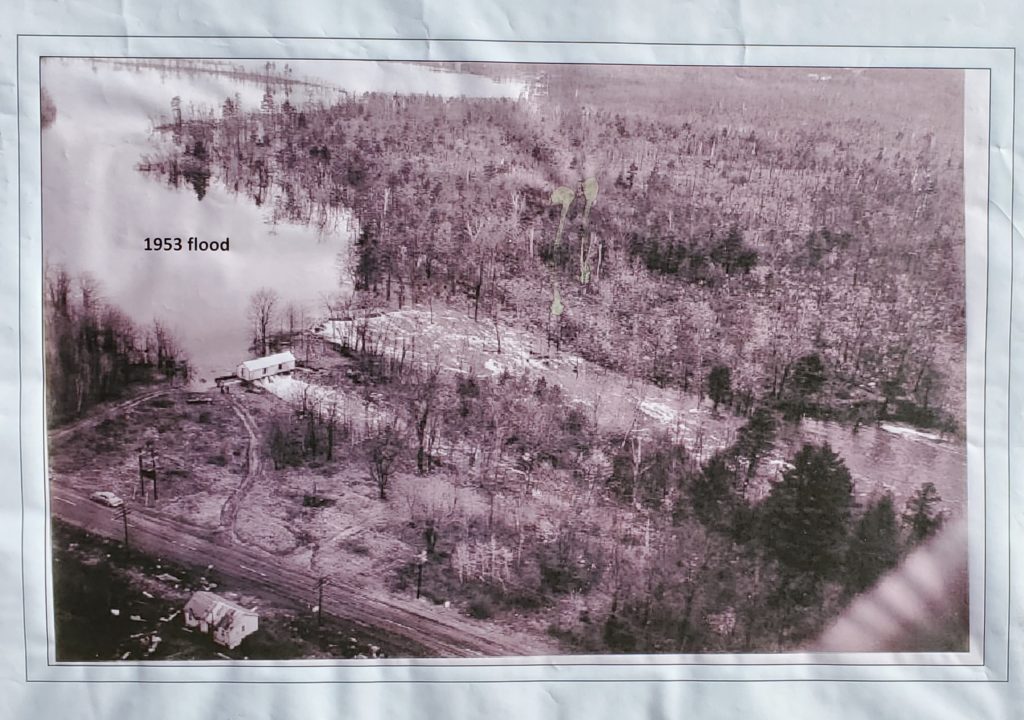 Photo 16: An iconic aerial shot of the dam and Berry Bay during the 1953 flood.

Photo 17: A serene fall image looking downstream beyond the limits of the work area. Later this fall or early in the winter, the river water will again be flowing over this section of the Ossipee River streambed on its way to the Saco River and, ultimately, on to the Atlantic Ocean.

Photo 18: A view on the Bearcamp River, looking downstream at the newly installed Route 16 Bridge over the river, which is the primary source of water flowing into Ossipee Lake and on through the three bays toward the New Dam.

Photo 19: From downstream, a wide shot of the new Ossipee Lake Dam.