Freedom—September 26, 2021—This Thursday night, September 30, Effingham’s Planning Board is scheduled to conduct a site plan review of Meena LLC’s application to pump gas and add apartment space at Boyle’s Market, a Route 25 convenience store on the border of Effingham and Ossipee.

But their deliberations may be affected by the decision the Zoning Board of Adjustment makes two nights earlier, on Tuesday, when it considers an appeal of its controversial approval to allow the proposed gas station to be built in the town’s Groundwater Protection District.

Construction of a proposed gas station at Boyle’s Market on Route 25 began illegally this spring and had to be shut down by Effingham zoning officials. Alliance Photo

Both meetings, which are open to the public, will be held at 6:30 p.m. at Effingham Town Offices on School St., and will be chaired by the same individual, Theresa Swanick, who heads the two boards.

The purpose of the ZBA meeting on Tuesday is to discuss and rule on an appeal that its August decision to grant Meena a variance to pump gas despite the town’s long-standing prohibition against gas stations in the Groundwater Protection District was “unlawful and unreasonable” and should be reversed and reheard.

They argued that the ZBA should have denied the application because Meena failed to meet the state’s five-prong requirement for a variance, including that the project be “in the public interest” and be in “the spirit of the ordinance,” among other criteria.

“The residents of Effingham specifically voted to prohibit the very type of activity Meena seeks to conduct on the Property in order to protect its invaluable water resources,” the appeal document stated, adding that the board’s “dangerous precedent” could be used to challenge groundwater protections in Ossipee, Freedom and 108 other New Hampshire communities.

The convenience store sits atop the Ossipee Aquifer, the region’s primary source of drinking water, and is adjacent to residential wells in Ossipee and Effingham, as well as Phillips Brook, an Ossipee Lake tributary that empties into Leavitt Bay.

Previously known as Dy-No-Mite Variety, Boyle’s for many years sold groceries, beer, wine, pizza and cigarettes. It also pumped gas until the former owner voluntarily closed that part of the business in 2015 and used state funds to remove the underground tanks and pipes. The store was sold in January to Conway businessman Pankaj “Prince” Garg, who owns similar operations in the state.

The project has sparked confusion and controversy since it was submitted in March as a request for a “special exception” to create a gas station as “a change or expansion of a non-conforming use.” The application was later changed to a request for a “variance” for relief from the gas station restrictions in the town’s Groundwater Protection Ordinance.

In late spring, as the application process was taking place, Meena began installing the underground gas tanks and equipment without a building permit or site plan review. Advised of the illegal activity, Effingham’s Zoning Enforcement Officer on May 13 issued a cease-and-desist order, which remains in effect.

ZBA hearings on the variance request began in June and continued until the board ruled in favor of the proposal on August 4, setting the stage for submission of the application to the Planning Board for site plan review this Thursday night.

As part of their appeal to the ZBA for a rehearing of the application, the abutters and environmental groups said the fact that Ms. Swanick participated in the deliberations as chairperson of both boards poses a conflict of interests in the matter.

The upcoming hearings are open to the public and will be held in person on Tuesday and Thursday nights at 6:30 p.m. at Effingham Town Hall. You may request Zoom access to the meetings by emailing pb.admin@effinghamnh.net no later than 5:00 p.m. the day before each meeting. 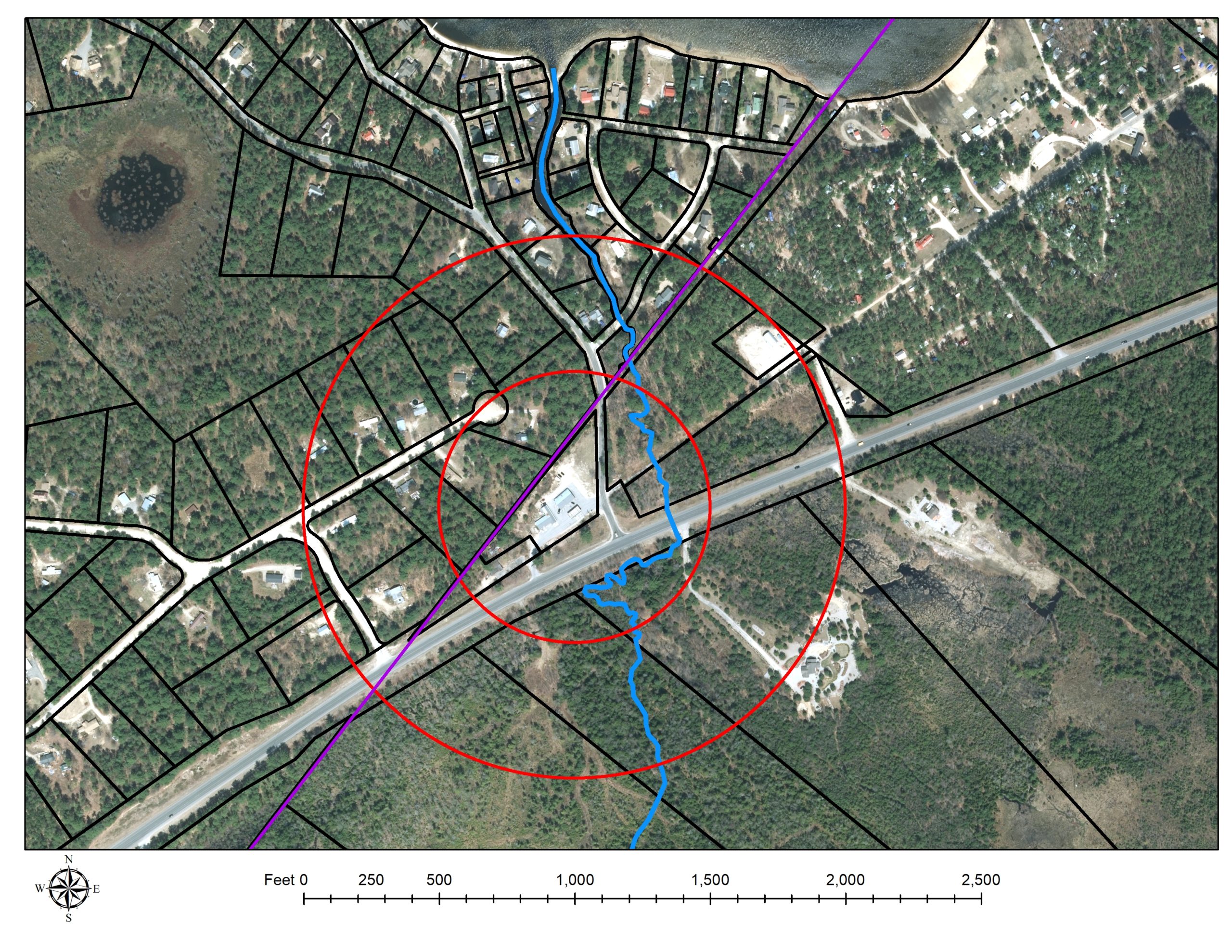 Location of proposed gas, center, is on the Ossipee-Effingham border (purple line) and adjacent to Phillips Brook (in blue), which empties into Leavitt Bay.