Effingham—June 14, 2022—Did petroleum contaminants enter the groundwater last year when Meena LLC began building a gas station in Effingham’s Groundwater Protection District without town approvals? Where did the company dispose of the potentially contaminated soil it removed from the property? Why has the company never been fined for its zoning violations?

Abutters to the property and others near-by want to know, and this week they asked Effingham’s Select Board to require answers from Conway-based Meena LLC and its principal, Pankaj “Prince” Garg.

The abutters and two conservation organizations, Ossipee Lake Alliance and Green Mountain Conservation Group, are leading the opposition to Meena’s plan to build a gas station in the Groundwater Protection District on the Route 25 border of Ossipee and Effingham.

The proposal is considered a Development of Regional Impact affecting eight towns because of its proximity to the Ossipee Aquifer. Seven of the eight towns have expressed concerns about the plan or have said they oppose it.

Effingham’s ZBA a year ago approved a special exception for Meena to pump gas as an “expansion of an existing use” even though the site’s former gas station business was legally abandoned in 2015 and dismantled under state supervision.

As the ZBA was recognizing its error, the Planning Board pointed out a second one: Gas stations are a prohibited use at the site because it’s a highly transmissive recharge area for the aquifer.

Theresa Swanick, Chairwoman of both the ZBA and the Planning Board at the time, directed Meena’s agent, Mark McConkey, to apply for a variance for Meena to be relieved from the gas station prohibition.

McConkey did so, but Meena started building the gas station without the variance or an approved site plan or building permits. The company conceded it knew the work was illegal, but said it wanted to get a head start on the summer season.

Zoning Enforcement Officer Rebecca Boyden issued a cease-and-desist order, but by that time the former gravel pit site had been excavated and underground gas tanks and piping installed.

Now abutters want the town to hold Meena to account, starting with having their wells tested to determine whether the excavation disturbed contaminants DES found in the soil when the underground tanks and piping were removed seven years ago. 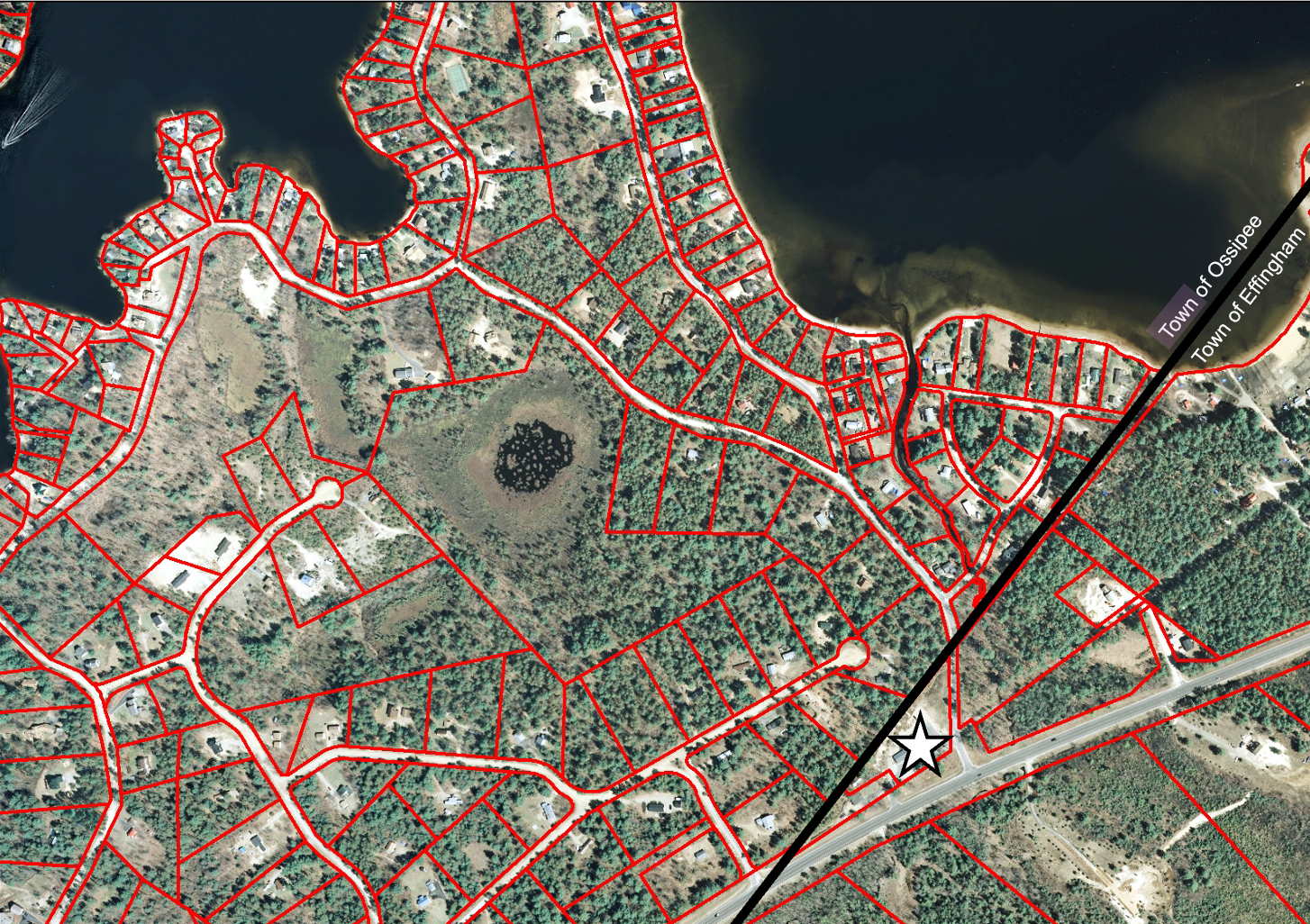 Residents near the Meena LLC site want the company to test wells and reveal where it disposed of a large quantity of potentially contaminated soil from last year’s illegal excavation work to install underground tanks and piping.

DES’s final report on the gas tank removal states the soil sample from beneath the dispenser line contained the potential carcinogen naphthalene in a quantity four times higher than was considered safe. Additional petroleum-related compounds found at the site included several alkylbenzenes as well as ethylbenzene, toluene and xylenes.

But the state report only documented the soil directly beneath the removed tanks, which were smaller than the tanks illegally installed last year. By installing larger tanks, more soil was disturbed, prompting fears the excavation could have disturbed not just the petroleum contaminants documented by DES, but contaminants deeper in the earth that the state did not find.

The letter to Effingham further asks the Select Board to require Meena to disclose what it did with the soil it excavated and removed from the property.

N.H. Env-Or 611.06(a)(2), pertaining to “Contaminated Soil Disposal and Reuse,” requires contaminated soil to be “removed from the site to an authorized treatment or disposal facility holding all requisite federal, state, or local permits, licenses, or approvals.”

Billie Lunt, who owns property near the Meena site in Effingham and Ossipee, first raised the soil disposal issue at an April Planning Board hearing. She told the board near-by residents like her wanted to be reassured the soil wasn’t dumped locally in violation of state regulations.

In a third request, the abutters asked officials to make a full accounting of Meena’s zoning violations to date. In addition to the illegal installation of gas tanks and piping, they said they believe construction work on the store and the apartment building was performed without permits prior to the cease-and-desist order.

The letter said a public accounting of the violations and an assessment of fines would be consistent with town law and “a matter of fairness and equity” to all town residents.