Effingham—September 27, 2022—The attorney for real estate developer Meena LLC has told Effingham’s Planning Board the company objects to geoscientist Dr. Robert Newton testifying at public hearings about the plan to build a gas station in the Groundwater Protection District near the Ossipee town line.

“Mr. Newton is not an abutter and has no standing to testify or be heard regarding any aspects of this case,” the attorney wrote about the Smith College Professor Emeritus, who has studied and written about the Ossipee Aquifer since 1971.

But whether Newton addresses the Planning Board or not, he intends to continue speaking out about the controversial “Development of Regional Impact.”

This Thursday, September 29, at 6 p.m. he’ll be making a presentation at Chocorua’s Runnells Hall and on Zoom, in which he promises to provide new information and an opportunity for the public to ask questions. 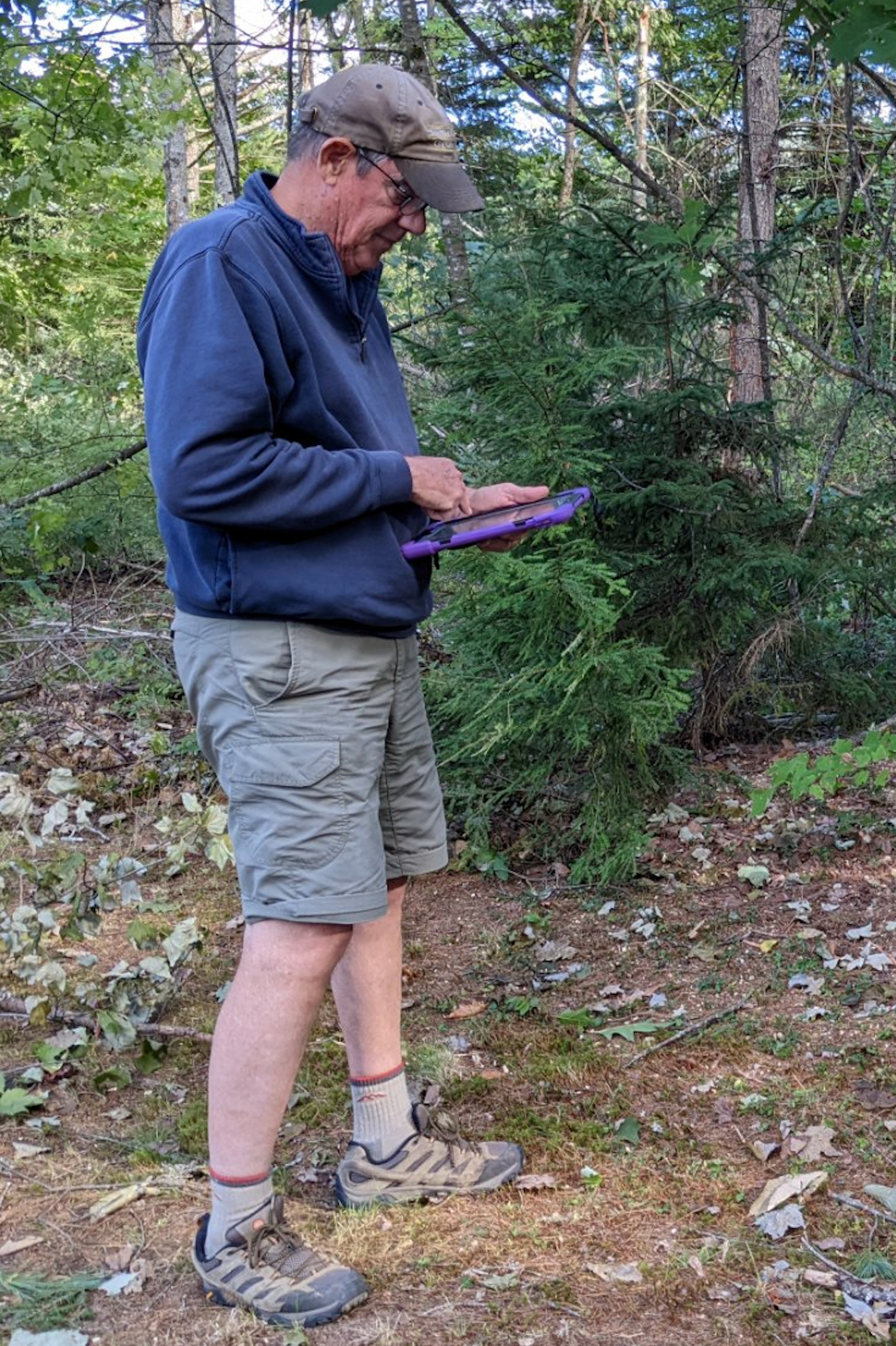 Thursday night’s speaking engagement is one of hundreds the Smith College geoscientist and Madison resident has made during his 50 years of scientific research about the hydrology of our area. Much of that work has been geared toward increasing the public’s understanding of the Ossipee Aquifer’s importance and vulnerability as the area’s primary source of drinking water.

Having helped conservation groups secure legal protections for groundwater years ago, he was dismayed when the Effingham Zoning Board last year granted a variance for Conway-based developer Meena LLC to build a gas station in the Groundwater Protection District, where gas stations are supposed to be prohibited.

But knowing the applicant would still have to convince the Planning Board that a gas station won’t threaten the public’s “health, safety and welfare”—which primarily means that it won’t threaten the Ossipee Aquifer—Newton has been working for months with local conservation groups to create awareness of the proposal’s long-term risks.

In January he reached out to the Planning Board to ask for time to explain his research to board members in public session. When his initial letter and a follow-up failed to be acknowledged, he produced and posted a video on YouTube, where it has been viewed more than 1,000 times.

Using plain language and a guided visual approach, Newton took viewers through a blend of previously published material and new research conducted specifically for the video. In the new research, high-tech LIDAR technology vividly illustrated the damage caused to the site when it was mined for gravel during the expansion and relocation of Route 25 in 1966. 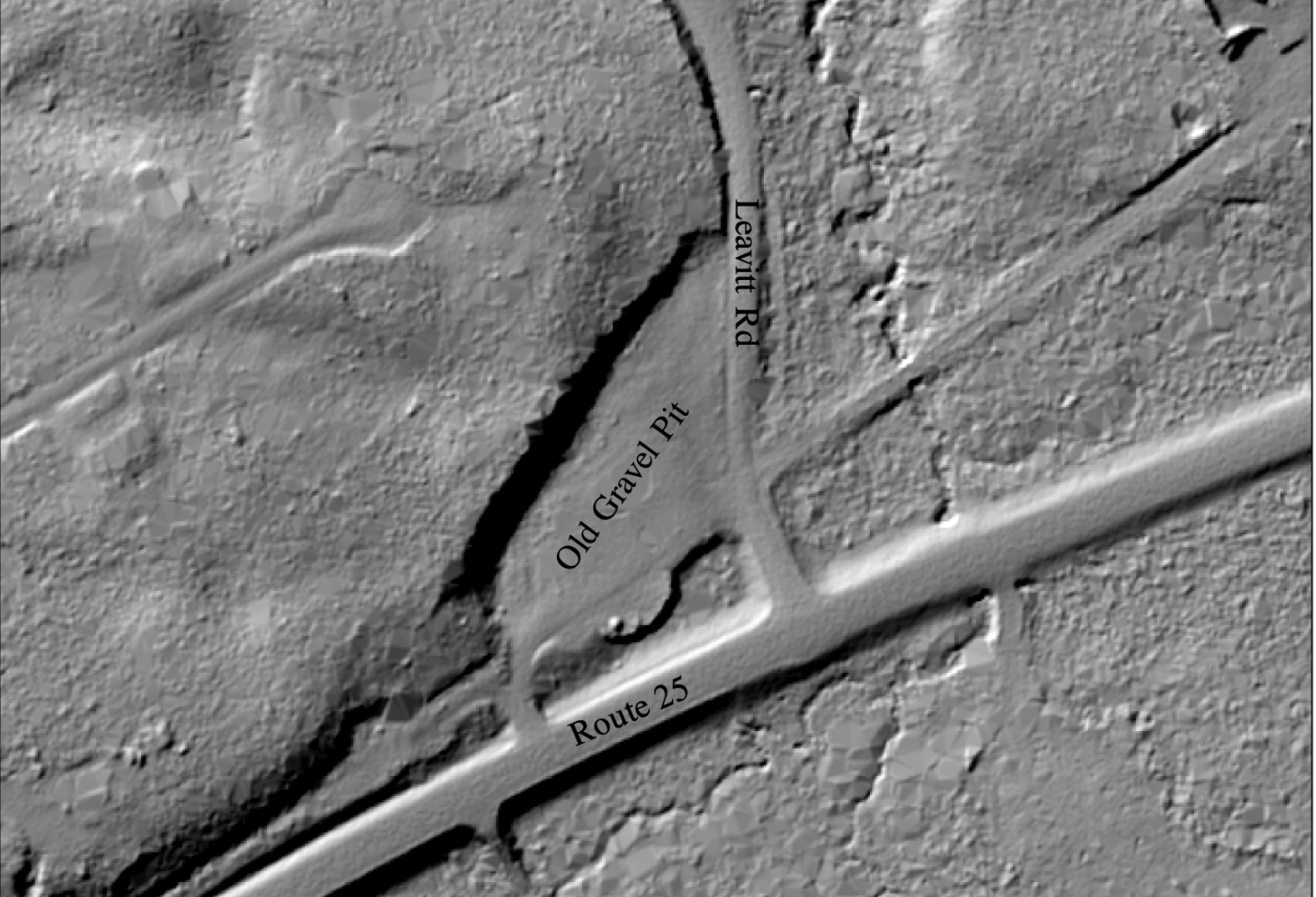 ALS/LIDAR technology graphically illustrates the extent to which the proposed gas station site was mined for gravel, making it hyper-vulnerable to contamination. Phillips Brook, which empties into Leavitt Bay, can be seen to the right of Leavitt Road. Photo: Robert Newton

“This was all new information,” Newton said.

“The applicant didn’t mention the mining activities, and no one was talking about it until the LIDAR images showed the extent to which the gravel removal made the property, which was already highly vulnerable to contaminants, even more vulnerable.”

Using aerial photos, he showed how the water table is clearly visible at the bottom of the basin, and used weather data to estimate that more than 800,000 gallons of untreated stormwater would enter it annually, threatening dozens of private wells in Ossipee, from Blueberry Estates to Leavitt Road, and on to Broad Bay Road, Ridge Road, Remle Road and J Loop.

Meena eventually scrapped the idea and replaced it with a new plan that was rejected by the Commissioner of DOT after conservation groups and State Representatives Bill Marsh and Jerry Knirk pointed out that the State could be held legally liable for groundwater contamination caused by the scheme.

Newton has been reviewing Meena’s most recent Site Plan Application materials and still hopes the Effingham board will permit him to speak next week. Meanwhile, those who want to know more can hear him at this Thursday’s Runnells Hall presentation at 6 p.m.

“One of the questions that often comes up is why there is so much opposition to the Meena proposal when there are gas stations elsewhere over the Ossipee Aquifer,” he said. “That’s one of the things I’ll discuss on Thursday.”

Runnells Hall is at 25 Deer Hill Road in Chocorua, just off Route 16. Those wishing to participate by Zoom should register here.