Effingham—October 10, 2022—Effingham’s Planning Board met on Thursday night and voted to continue its hearing on the Meena LLC gas station application to November 3. The applicant did not make a presentation, and there was no public comment.

Only a handful of people attended the meeting after Ossipee Lake Alliance and Green Mountain Conservation Group announced that a Superior Court stay on the proceedings meant the hearing would not proceed.

The two groups joined homeowners whose property abuts the Meena site to appeal the Planning Board’s August decision that the gas station applicant does not need to apply for a Special Use Permit under Article 22 of the Effingham Zoning Ordinance.

North Point Engineering, the company the Board hired to advise it on the Meena application, said in two separate reports that the lack of a Special Use Permit was a deficiency in the application. 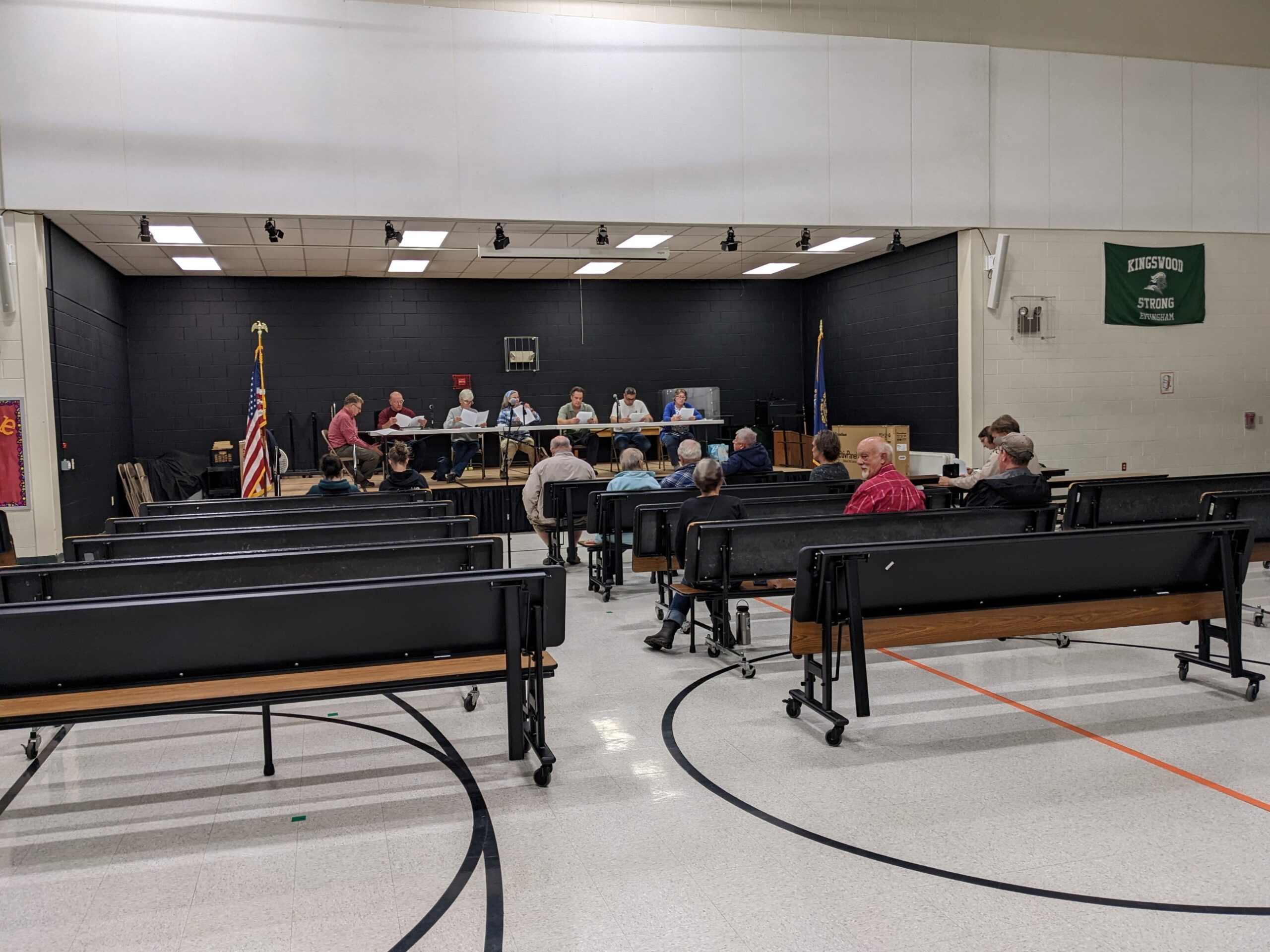 There were plenty of empty seats at Effingham Elementary School after word spread that a Superior Court stay on Meena’s gas station application would prevent a scheduled hearing from proceeding.

The Planning Board has until December 4 to reply to the lawsuit, and must provide the court with a certified record of all proceedings.

The Board said on Thursday it is now being represented by Attorney Christopher Boldt of Donahue, Tucker & Ciandella.

Thursday’s meeting began with a discussion about the impact of the judge’s stay, which Planning Board Alternate Member Gary Jewell said he had not heard about until “just now.” Later in the meeting, Jewell, who has been on the Board since 1992, said he was resigning.

The meeting was held in Effingham Elementary School, a venue selected after there were public concerns about overcrowding at previous Meena hearings in Town Hall.

The Board announced two weeks ago that Zoom access would continue at the school but would no longer be interactive. A week later, the Board canceled Zoom entirely, saying the school did not use the technology.

On Thursday night, however, School Principal Patricia Morrisey was seen testing a Zoom set-up. Asked about it by a member of the public, she said it was working and would be fully operational for use at future hearings if they are held at the school.