Freedom—March 7, 2021—An online petition opposing a lake property owner’s request for the state to limit rafting at the Cassie Cove sandbar has garnered more than 3,000 signatures since being posted a week ago on Change.org.

Meanwhile, the state says no such request to limit rafting has been received.

The Change.org petition appears to have been launched in response to the February 3 posting of two letters on a social media group page for boaters.

One letter is on the letterhead of a North Conway law firm, dated January 29. Addressed to the Department of Safety on behalf of an Ossipee Lake property owner, it requests that the state hold a public hearing to restrict rafting at the sandbar due to concerns about water quality, boater safety and disorderly conduct. The letter states that the required 25 signatures had been obtained.

The second letter, in the name of the property owner, seeks neighbors’ support for a hearing, citing concerns about the “overwhelming number of people” at the site, and the failure of a previous state ruling to establish a balance between the rights of boaters and lake property owners.

A N.H. Department of Safety Services official said on Friday that the agency has not received a hearing request from the law firm or the property owner referenced in the January 29 letter. 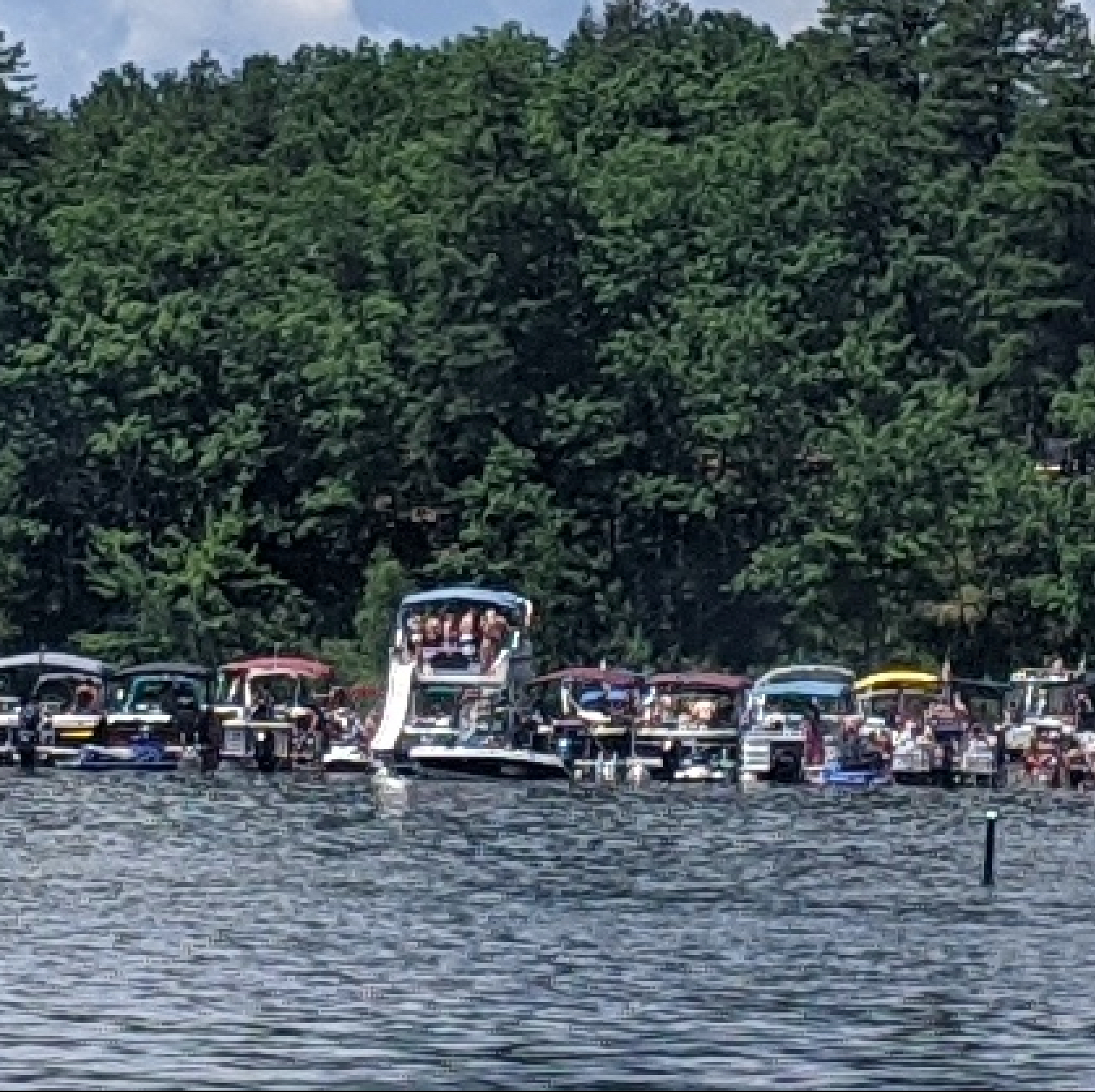 The sandbar, which is located at what’s known as the s-curve to the channel between Broad Bay and the big lake, has been a popular rafting site since the 1950s. Unlike other rafting areas, however, its close proximity to property owners on the Freedom and Ossipee sides of the lake has made it a lightning rod for complaints for years.

Frustrated property owners organized and convinced the state in 2000 that crowds at the sandbar had created safety issues and were a public nuisance, citing drinking, loud music, litter and people swimming in the boat lanes. State Rule Saf-C 407.04, enacted in 2001, limited “rafts” there to 10 boats that must be 50 feet from the main navigation channel and be gone by sunset.

The rule remains in effect but is flawed because it can be interpreted as restricting the total number of boats to 10, or interpreted as permitting an unlimited number of “rafts” of boats, each comprised of 10 vessels. Additionally, it conflicts with the stricter terms of State Law RSA 270:44, which sets limits on the size of rafts and the parameters for their separation in the water.

As a result, the ruling has never been enforced, and neighboring property owners say the safety and public nuisance issues identified 20 years ago remain the same.

“The rule is flawed because the [hearing] petition was flawed,” a state official told Ossipee Lake Alliance last year, asking that we not use his name. “A new petition could address that,” he added.

Last summer saw a spike in boaters statewide as people flocked to New Hampshire lakes to escape pandemic restrictions and quarantines. Ossipee Lake was no exception. As the virus spread, state officials asked boaters to avoid rafting sites and limit boat passengers to family members. Marine Patrol Captain Timothy Dunleavy issued a rare personal plea to boaters to “assist his officers” and “do the right thing” by complying.

While some boaters signaled their support on social media, most did not, and the lake’s rafting sites were packed all summer. At Cassie Cove, more than 70 boats jammed the sandbar during the July 4 holiday weekend.

Few lake issues prompt as much divisiveness as rafting, with opinions split not just between boaters and property owners, but among boaters themselves.

On the side of rafting tradition is boater “Jack O’Sullivan,” who wrote on the Change.org petition: “I grew up going to the sandbar and channel. 82 years old now! Please don’t restrict this area. No other like it.”

From “Spindle Point Property Owner” in an online post last summer: “My family owns property on Spindle Point & people totally ignore the private property signs, pull up to our property after boozing all day on the Sandbar…Let their children/dogs take a dump on our property… while we are still there sitting on our boat…”

Taking a middle ground position is a boater posting as “Atony,” who wrote “I remember the days when there would just be a few kids swimming or playing catch on the sandbar….no music, no alcohol and no trash/litter. I don’t know how things got so out of hand.”