Freedom—December 21, 2020—State Ranger Tom Trask helped volunteers from the boating community install the fence protecting rare plants at Long Sands Natural Area this spring. Then he returned from time to time to check on things.

“It was a rough summer,” he said on a conference call last month, summing up the situation at the popular rafting venue. “There were a lot more people, and fewer traditional family groups. More clusters of college-age boaters.”

Some rafters were either unaware or disdainful of the regulations that have allowed boaters to use part of the shoreline since 2009 in a kind of honor system. They made themselves comfortable on the closed sections of the shoreline, erecting tents, unleashing dogs to roam freely, and drinking from glass containers. All of which are prohibited.

“It was a different type of user this year,” Trask summed up, noting that boater education and better signage will be needed next season to get the honor system back on track.

Things were different elsewhere on the lake as well. First-timers escaping restrictions at home, or spending free time created by a job loss or a remote work schedule, filled the campgrounds and spiked boat and home rentals.

At the state boat ramp on Route 25, cars and trailers parked on the shoulder of the highway west to the hardware store and east toward Maine after the parking lot filled early on July 4th. Ned Kucera, who coordinates the local Lake Host program, said a car ran over the program’s sign and didn’t stop. No one was hurt. He said around 2,000 boats entered the lake during the times the three Lake Host sites were staffed. 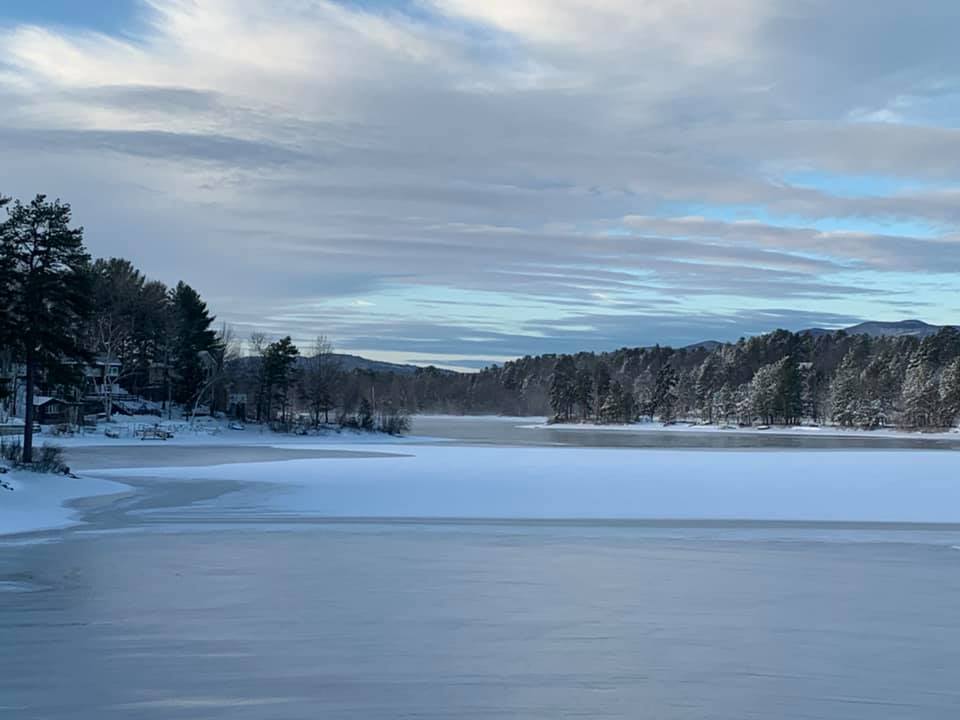 Pandemic lockdowns and travel restrictions prevented some long-time property owners and visitors from returning to the lake, especially those from distant states and outside the U.S. All but one of the children’s and family camps canceled their programs, and fireworks displays were called off.

Many seasonal property owners opened early and stayed for the duration. Retailers cheered the extra sales, but some permanent residents worried out-of-towners would bring the virus with them and create product shortages. Neither scenario panned out in a material way.

More boats on the lake meant more people at the channel sandbar on Broad Bay, pitting the rafting traditions of old-timers against the behavior of newcomers. The Marine Patrol’s plea for boaters to maintain social distancing was applauded by some and greeted with a shrug by others. The ugly social media discourse about it mirrored the divisiveness in the country at large.

After Labor Day, things quieted down.

If not for the changes on the lake caused by the pandemic, the biggest story of the year would have been the new dam in Berry Bay. Promised for years, but delayed time and again, the dam is a modern marvel. Those who could not see it in person were able to follow its construction through the online photos and reports by our board member, Tim Otterbach.

Like the dam, the Danforth Brook Bridge is well past its projected lifespan. Funding was approved last year, but a start date was delayed several times to address design issues. Construction finally began on August 10th, but stopped on September 30 after a load-bearing issue was found. Trucks were immediately banned from the span, then all traffic was halted in mid-October. As of this writing, the bridge remains closed.

The class action lawsuit filed by campers against Westward Shores and Ossipee was arbitrated to a settlement in February. Owners of non-compliant RVs and camping units can remain on the property until 2040 provided that they anchor their units to the ground to comply with zoning. An October 1st deadline to complete the work was extended to spring due to an equipment shortage, according to campers and local officials.

Wake boats were in the news. Those concerned about the safety and environmental issues wake boats create found cause for optimism after a legislative study commission unanimously agreed the boats should be defined in RSA 270-D:1, the state’s boating bible. The commission split, however, on whether to establish a petition process to limit wake boat use on specific bodies of water, much as jet skis once were regulated.

Broad Bay’s Bob Smart, who has been tracking ice-in and ice-out dates on the lake for years, issued a bold projection on November 20 that the lake would be ice-covered in five weeks, and ice-free in five months. He was right about ice-in, which was called on December 19 based on his network of ice spotters.

To all, the very best for Christmas and New Year’s, and high hopes for 2021.